The hotel had been built in 1976 and since 1986 it has been owned by Marion and Dr. Manfred Maus (since May 2008 Pfalzblick Hotel). During the previous years, substantial reconstructions and extensions had been performed in the wellness area and the beauty center. Also at these times, PTI General Planning had been charged with planning and project supervision. In order to provide even more comfort and relaxation to the guests, the owners of the four-star hotel decided to fundamentally renovate and extend the wellness and vital area. In addition, the restaurant was enlarged by adding new guest rooms, a new buffet area as well as a panoramic terrace. Overall, reconstructions, extensions, and modernizations were performed over four floors. In January 2008, PTI General Planning was charged with planning and performing the works. The realization of the measures had to be done within shortest time – only 15 weeks – with running hotel business. 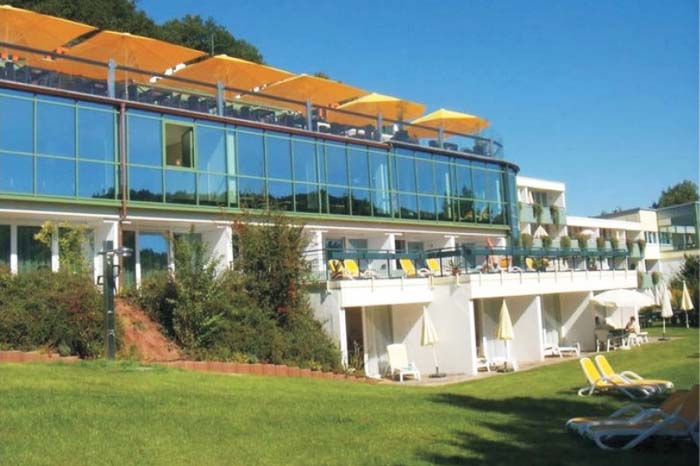